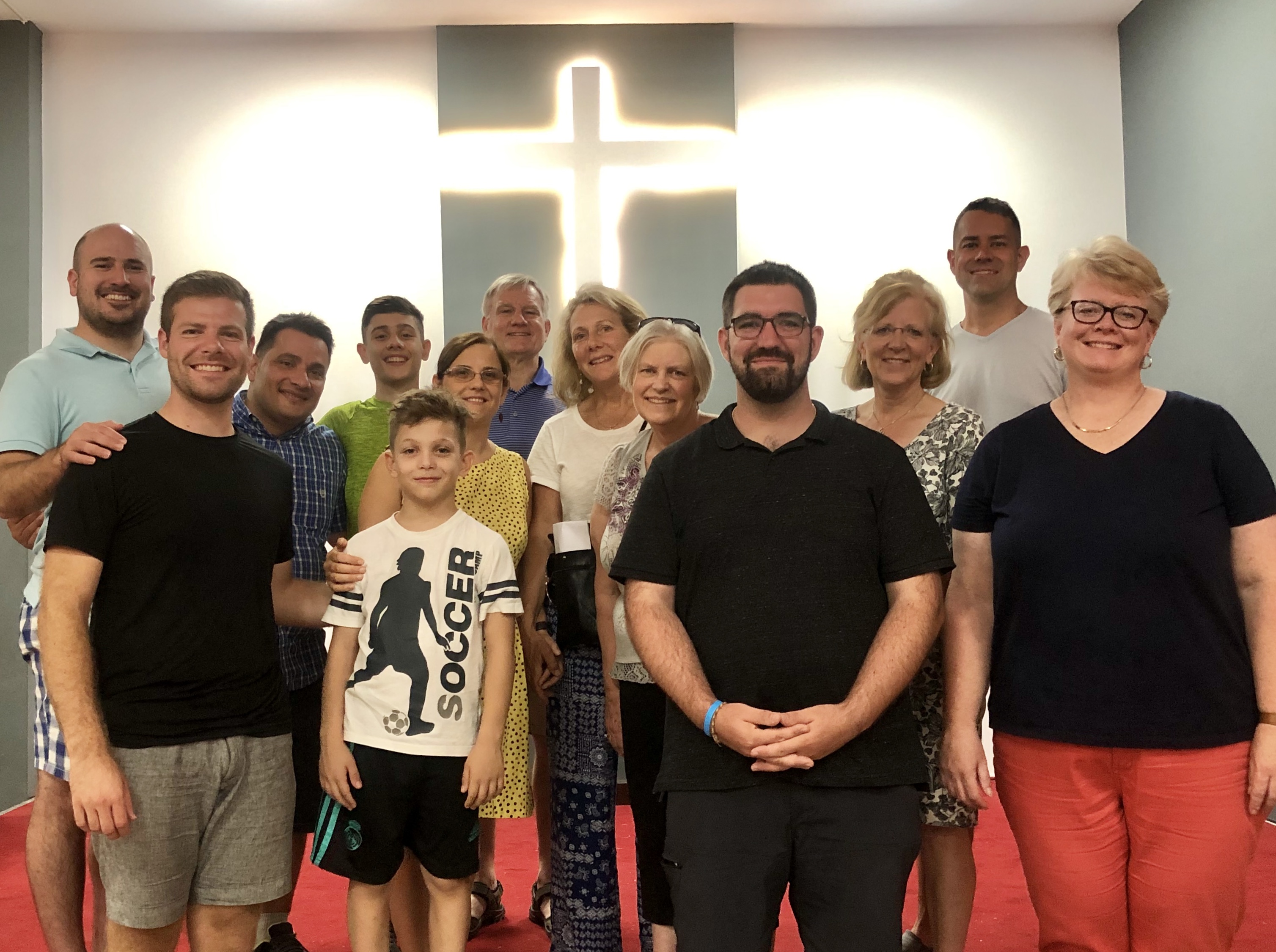 Albania became the world’s first constitutionally atheist country shortly after communists seized control of the country just after World War II. It wasn’t until communism fell in 1991 that Albanians were free to express religious identity or even seek out that concept for the first time. Now, less than three decades later, the present-day evangelical church in Albania is still in its very initial stages.

The Illyricum Movement employs strategic outreaches to introduce each church to its local community. Perhaps its most successful strategy is sponsoring programs that simply get parents and children through the door. For several months, the church offered after-school math tutoring for local students. Over the summer, Emanuel Fresku church provided English lessons for adults in the evenings and a summer arts camp for elementary and middle school students during the day. While the practical learning opportunities serve as the attraction, the programs are grounded in Gospel-related themes.

The CFC team primarily served with the middle school arts camp. The parents trusted the church to provide a safe environment for their kids during the hot summer days. What an honor to spend a week with a few dozen giggly, sweaty, bouncy, boisterous middle-schoolers who loved being with each other and who all clamored to hug us goodbye at the end of each day.

On the practical side, our team developed lots of curriculum areas before the trip and worked with the kids in drama, music, crafts, language, and even some engineering feats. The kids weren’t shy about jumping in! Wrapped up in the programming were countless times singing lyrics that we prayed would stick with the kids far past the summer, powerful depictions of Bible stories, and lots of jumping around proclamations that nothing is impossible with God. The finale of the week brought a special evening program where parents beamed with pride while they held up their cell phones to record their children singing, dancing, playing instruments, showing off their crafts, racing their handmade cars, and acting out stories of Christ’s life.

Local leaders Edi and Bona Demo told us early in the week that many of the kids had made proclamations of faith in Jesus during the first three weeks of the camp. What an incredible “problem” to have! One family was especially impacted. The youngest daughter loved every minute at camp, and the father kept hanging around to watch all that was happening. Pastor Edi introduced him to us again one morning and told us that the father had given his life to Christ. We were thrilled to gather around him and pray. A few mornings later, the man’s 18-year-old son (who was a fantastic help to us all week at camp) took action upon seeing his father come to the Lord. He sought out one of the Illyricum Movement staff members and asked how to become a follower of Jesus! He talked with us and used his limited English to try and give words to the change he sensed from one day to the next. “I feel free!” was what he kept coming back to. After asking us to pray with him, he wrote his spiritual birthday on the back of a wooden plaque he made during camp. The front of the plaque featured a single word: Jesus.

The Holy Spirit was certainly at work during that week at camp. A gangly older boy who loved being the life of the party gathered his courage to pray out loud for the first time. A group of girls opened up to some of the women on our team with some surprisingly deep questions about spiritual issues. A pensive, quiet boy admitted to needing some time to very honestly consider how he would make the most important decision of his life and truly follow Jesus. And after a week of practicing a drama featuring vignettes of Christ’s life – practices with overheated, overexcited teenagers who placed a low value on concentration – the drama came together powerfully on the final evening with a type of sacred hush that could never have been predicted.

In the evenings, our team split into groups of three to accompany an Albanian translator and visit the homes of some of the campers. Honestly, they welcomed us like royalty. In nearly every circumstance, it didn’t take long for conversations to move to spiritual matters. Albanians are genuinely interested in God – they weren’t at all offended by the initiation of topics related to the Lord and asked lots of questions. We were surprised again and again about how the Holy Spirit set up the combinations and conversations. For many on our team, the evening home visits were the most profound part of the trip.

It was a distinct privilege to offer some boots-on-the-ground help to the work that the Illyricum Movement is doing in Albania. You may remember that five Albanians (the Demos, their two sons, and church worker Dhurata Turullaj) spent much of the month of January visiting many CFC community groups to discuss Albania and what’s happening there. The Demos are back in the U.S. for a few weeks traveling to several American churches to spread the news of this important work. Bona Demo will also be getting some medical issues assessed when they make a stop in Pennsylvania in a few weeks and, hopefully, addressed in the next few months. She and Edi would covet your prayers for this treatment to be successful.

Please pray for the ongoing work in Albania to draw souls to Christ and build His church.